Yesterday I sat at my favorite coffee shop while a man proceeded to throw up his arms and drop the f-bomb because the two young baristas couldn’t get his toast just right. The guy left and I went up to the counter to make sure the two people who were trying to serve him weren’t going to have their day ruined because of his bad attitude. I don’t care how they toasted that bread, there was no way they were ever going to please him. I retold this story a few times yesterday always calling the guy the “scary man”. But this morning as I think about him, I feel bad for him. I cannot imagine what he has gone through or is currently going through that has left him in such a state of unhappiness. Life has the ability to do that to us, if we let it.

But I say, let’s not let it! Playfulness has been a key part of our relationship very early on. And it helped us get through some very trying times. I remember back in Ukraine in 2005 after the accident, Vitaliy and I would often watch this video when we needed a good laugh. It’s so silly, but it always took the edge off when we needed a break. Laughter does wonders in life, and in marriage.

I imagine that some of you reading this could be going through some difficulties in life that could be affecting your marriage. Or perhaps, it’s your marriage that is the difficulty in your life. Either way, I recommend finding some ways to incorporate some playfulness into the mix. Just be stupid silly together. Find a way to laugh so hard your stomach hurts. And I hope it reminds you of other times you laughed together and enjoyed each other. Because that is the person you fell in love with and married. You just might need to look at them in a new light.

It won’t fix all of your problems or make everything better. But it will give you the break you need to keep persevering. Be playful! And let’s Make Marriage Happen! 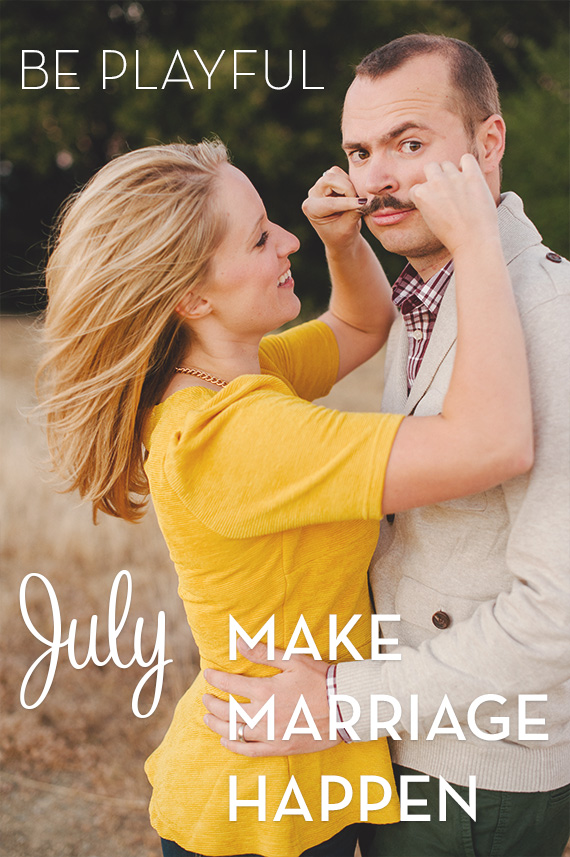