I moved to Chicago from Ukraine when I was 17. As someone who didn’t grow up in the United States, I was fascinated with the variety of films that one had access to all the time. In fact, just recently I told Candace that there were 3 government channels that we could choose from on Television during the Soviet era. And since my family were not moviegoers, I didn’t get introduced to the variety of cinema until we purchased a VCR, which was in the late 1990’s. So to say that I was a FOB when I met Candace would be an understatement.

When Candace and I first started dating, romantic comedies were the obvious choice for a movie night. This is how I got introduced to Legally Blonde, Dirty Dancing and Grease. I mean, why not? She really enjoyed them and I could care less what we were going to watch, as long as we got to spend time together. It wasn’t until we got married that Candace uncovered a scary truth – Vitaliy was not a big fan of romantic comedies. Now to the dudes who are reading this, it does not come as a surprise. For most guys, romantic comedies probably would not be their first choice. That is unless they are in love! Which is what happened to me. Once I came clean, there was a crisis we needed to address. What films would make the cut for our movie nights?

For a while I would just say no to Candace whenever she proposed to watch another rom-com. We would meet each other half way on a particular movie choice but in the end one of us ended up being dissatisfied. After a while it just didn’t seem like this approach worked. So we decided that perhaps a balanced “movie genre diet” would be a healthier option. And it proved to be the right approach for us. What I have learned is that there are amazing romantic comedies out there and Candace started to appreciate and enjoy movies of different genres. In the end we both benefited from being flexible and open minded.

Over the last 10+ years I’ve watched my share of really bad and truly great romantic comedies. I believe the movies I compiled here are going to be enjoyed not only by ladies but also dudes. Here is the list of my Top 10 Romantic Comedies for Date Night (Dude Approved), starting with my all time favorites:

1. When Harry Met Sally (1989)
By far my all time favorite romantic comedy. The writing is superb, the characters are refreshing and the music (by Harry Connick, Jr.) is the perfect accompaniment. It is full of wit and iconic moments. My first viewing was in college and I have watched it at least once a year with Candace for the past 10 years. Extremely quotable and never gets old.

2. It Happened One Night (1934)
One of the first romantic comedies. Hilarious, warm and original, this film does what most modern films fail to do – keeps you engaged and entertained throughout its entirety. I love it’s wit, pace and writing. Don’t be fooled by the release date. This movie does not feel dated one bit.

3. Amélie (2001)
This is perhaps my favorite French comedy. It combines great storytelling with charming characters and an unlikely love story. I love its cinematic style, vulnerability of characters and a sense of wonder about little things in life. If you tend to skip movies because of subtitles, please give this one a try. I think you will be pleasantly surprised!

4. Love Actually (2003)
Candace and I watch this one every Christmas. Yes, it’s light and fluffy on the content, but the music and the magic of the Holiday Season make it work. The soundtrack and a wonderful cast make this one a guilty pleasure every year. 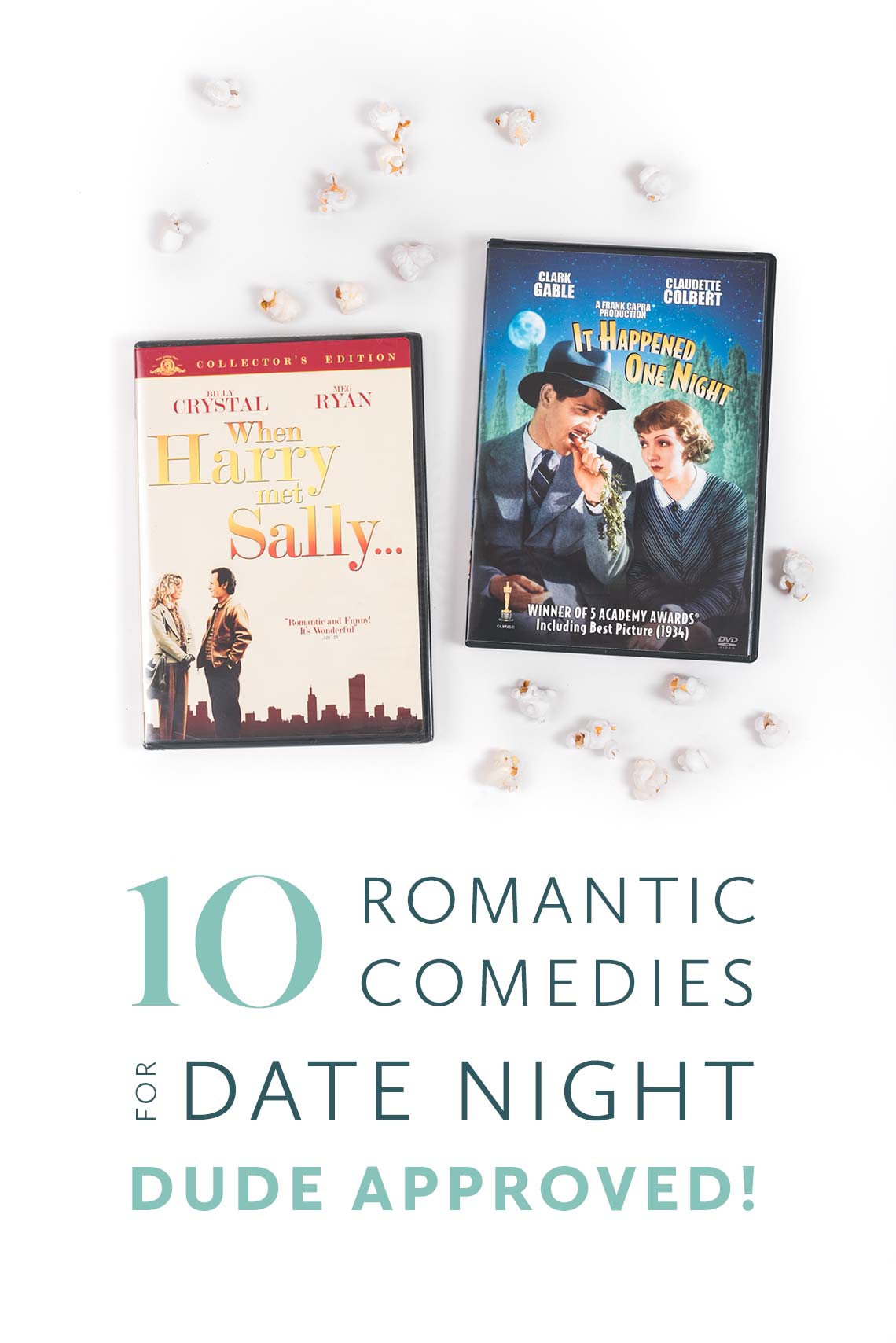 5. High Fidelity (2000)
This film offers a glimpse into the mind of men. It combines good writing with great music and jacked up romance. Not a stereotypical rom-com, this one is at the top of my list for its cleverness, humor and insight into the lives of music nerds (of which I am one).

6. Pretty Woman (1990)
Yes, I love this movie! A modern take on Cinderella story, it offers great chemistry between Julia Roberts and Richard Gere which makes this one a favorite of mine.

7. Silver Linings Playbook (2012)
Not your run of the mill romantic comedy. I enjoy this one because it focuses on real people who find themselves in real situations that are not always pretty. Bradley Cooper and Jennifer Lawrence make this one a no-brainer choice for me.

8. The Princess Bride (1987)
A classic enchanting fantasy that is full of memorable one-liners, sword fighting scenes, laughs and romance. Director Rob Reiner (When Harry Met Sally) combines all of the above in a film that can be enjoyed by people of all ages.

9. You’ve Got Mail (1998)
This movie perfectly captures the 1990’s – America Online, Tom Hanks and Meg Ryan. What really makes this move for me is the writing (Nora Ephron of When Harry Met Sally). Highly recommended, specially if you have a soft spot for books.

10. Serendipity (2001)
Another pick that happens to take place around Christmas time. Just like When Harry Met Sally and You’ve Got Mail, this movie is set against the backdrop of New York City. And how can you argue with the fact that New York is perhaps the most romantic city in the world? Yes, this one is a bit on the cheesy side, but I love the soundtrack and the cozy feeling that this film offers.